"Every organisation can become exceptional by developing its potential to innovate"
August 14, 2018 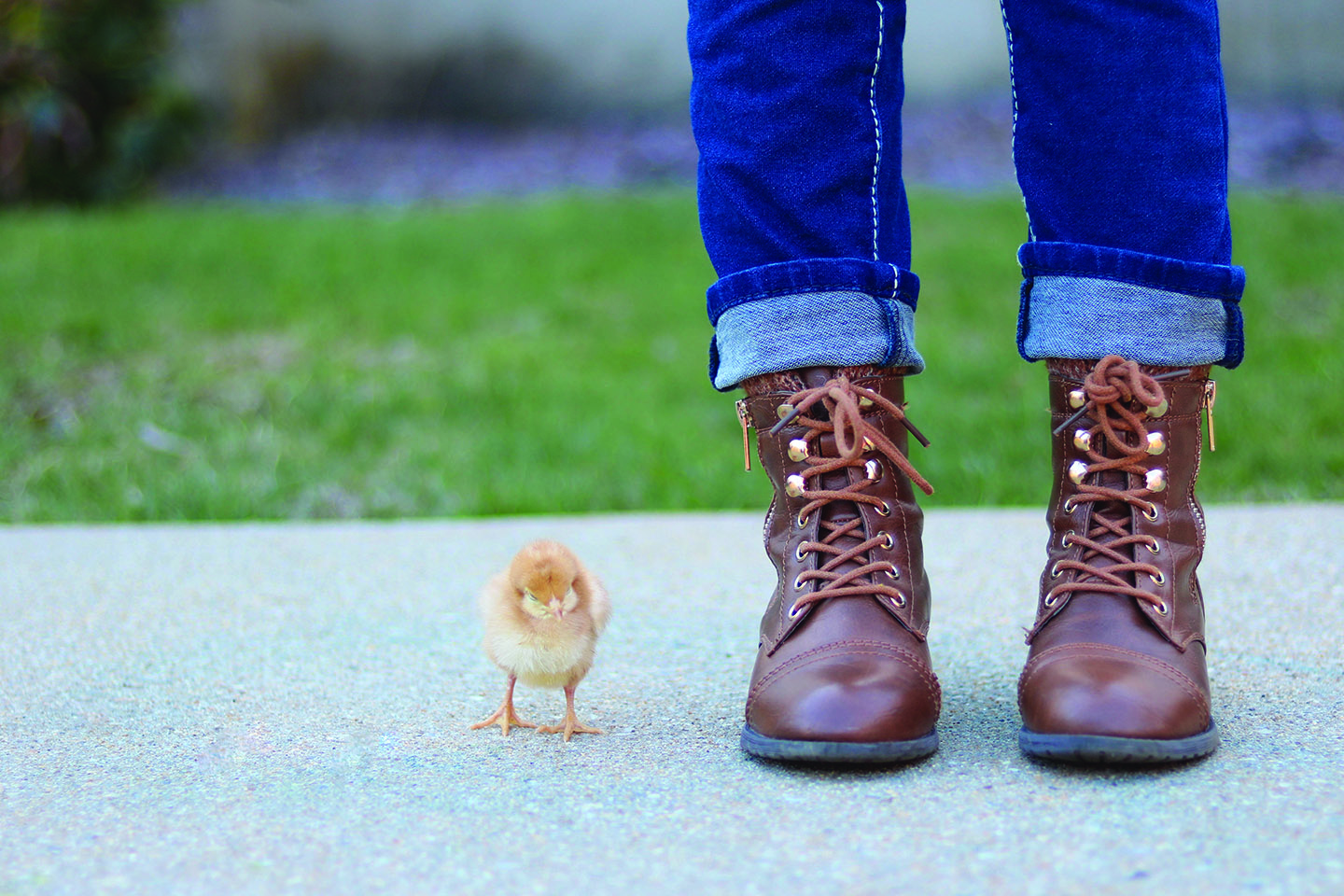 “Transformations are no longer one-time initiatives”

That quote from BCG [1] formed part of the conclusion to my article “The 3-D Innovation Culture Jigsaw” which explored avenues of approach for leaders who are serious about unlocking the potential that building innovation capability brings. One of the key messages from that article was the importance of moving away from a linear approach; instead stepping back, learning to see the patterns within patterns and developing an interconnected web of action and interaction which drives continuing innovation.

However! That sort of transformation is only going to occur if senior leaders first embrace the mindset, attitudes and behaviours which go with transformation in pursuit of innovation. And that’s a big ‘however’ as statistics indicate that in far too many instances, leadership approaches are still firmly rooted in transactional thinking.

Because of legacy approaches, management style and outdated hierarchical structures, we unfortunately still see evidence of leadership and management for that matter, centred around a “do what I say and don’t ask questions” culture. Admittedly that’s a fairly drastic example but it does illustrate some of the aspects of transactional leadership; most notably the way in which transactional leaders are highly directive, action oriented and controlling, focussing on supervision and performance above all else.

In certain situations, this works well but when you are looking towards developing a more fluid innovation-led style then transactional leadership simply doesn’t deliver. For example, when you need to see setbacks as learning points rather than points of failure then the compliance, reward and ‘punishment’ model of transactional leadership simply doesn’t fit the bill. Similarly, when you want to engage and empower people to look towards continuous improvement then that same transactional approach stifles any kind of agility initiative.

Transformational leadership is a must for innovation

On the other hand, transformational leadership is based on motivation and empowerment within a proactive leadership style which seeks to deliver continuous and continuing change. First identified in 1973, transformational leaders encourage, inspire and motivate in order to drive ‘innovation’ and create change. Employees are encouraged to be creative problem solvers and they are trusted to work independently in pursuit of the vision and core organisational purpose.

But surely all innovation leaders are transformational? Cap Gemini’s report on the digital culture challenge [2] came up with some interesting statistics on this, comparing those at the forefront of change with others. In 72% of ‘front-runner’ organisations, leaders are seen as acting as role models in displaying openness to change and adopting new behaviours. Contrast this with just 20% in follower organisations and a scant 1% in slow moving adopters. And then there’s a PA Consulting global innovation survey [3] which revealed that just 24% of UK boards prioritise innovation with 40% of leaders rejecting ideas for fear of failure.

What surveys such as these strongly indicate is that in far too many instances leaders are sticking with ‘safe’ transactional models rather than looking towards a more open and innovation-led future. And yes, I deliberately put the word ‘safe’ in inverted commas because what is seen as safe now is in reality a pathway to obsolescence. Back to BCG again and their observation that “Because the pace of change is so fast, companies need to adopt an always-on transformation mindset.” And if you don’t, well, I refer you to organisations in the past which have stuck with a transactional model; Blockbuster, Kodak, Woolworths….the list goes on.

In short therefore, in order to embrace a culture of ongoing innovation you need to drive forward with a culture of transformational leadership. Moreover, if you are looking to deliver truly game-changing innovation then you may find that your transformational leadership model delivers the sort of ‘challenge-driven’ leadership which can be found in companies such as Amazon and Tesla. Interestingly when Deborah Ancona and Hal Gregersen form the MIT leadership centre took a look at MIT leadership styles [4] their conclusion was that MIT’s success came through ‘problem-led’ leadership in which leaders demonstrated the “ability to identify and articulate a cool problem that will inspire people to contribute their best efforts.”

I believe on of the core challenges is that many, if not most leaders are typically using tools, approaches and frames of reference that are no longer appropriate for the contemporary, fast-paced, innovation-focused world we operate in. For example, one of the key ingredients for this is the leadership mindset and behaviour specifically in terms of empathy. Empathy both for the people in the business and the external customer in order to unpack opportunities where things are not being well served by others. The point being, there’s no value or differentiation in building capabilities that match other providers as you’ll always be behind. Yet my experience shows me that many global organisations are still building approaches under the guise of ‘innovation strategies’ that are merely following others not shaping the future. It’s a key point outlined recently by Microsoft CEO Satya Nadella,

“The ability to understand and feel what others experience is critical to the work of technology giants like Microsoft. I think of empathy as not just as something nice to have but (it) is core to (the) innovation agenda in the company. One of the things that I’ve come to realise is, if I look at what is Microsoft’s core business, it is about being able to meet the unmet and unarticulated needs of customers and there is just no way we are going to be able to succeed in doing that if we don’t have that deep sense of empathy.”

With that in mind, how do leaders transform themselves in order to lead change and why haven’t they done so already? It’s not through the lack of awareness; after all a Clustre Innovation survey revealed that 100% of responders believed that innovation was either vital or very important to the survival of the business. And yet the PA Consulting report [3] says only 24% have defined the skills and activities they need to be innovative.

Maybe the answer lies within the change process itself, in identifying the current state of play and where you want to be before looking at the stages required to get you from A to B. That process is explored in the book “Building a Culture of Innovation,” which I co-wrote with Derek Bishop and Jo Geraghty. And perhaps as part of that process you might want to explore what Dan Cable calls the 7 questions to ask before leading change. [6]

In framing those seven questions Dan particularly highlights the importance of people at the heart of change, commenting that “organisations work best when there are hundreds, or even thousands of people that are looking every day for ways to make a better tomorrow.” And here again we are back to another vital constituent of transformational leadership, the fact that tomorrow is followed by another tomorrow and another one and that change is therefore not a finite exercise but an ongoing process. The reality is that traditional long-term planning is not just overrated, it’s outdated. In the world we now operate in, one where it is impossible to predict emerging technologies or new trends more than a few years in advance we must shift from a strategy-based model to a hypothesis based one.

We must continuously build and challenge our assumptions at the same time and let our direction and momentum be dictated by that process. One which is informed by what we know about today and as far as we can predict tomorrow. Unlike traditional ‘strategy’ that creates a much better readiness to change direction when required rather than clinging onto what worked a couple of years ago.

That brings us on to another important element of transformational leadership and that is that the change line is not and never will be set in stone. When you think about it, that makes sense right? Your ambition for tomorrow is based on your knowledge and ability today. As your abilities grow and develop, as new technologies come on stream and as customer demands change it is only natural that your future ambitions will modify based on today’s scenario. Here again those leaders who seek to develop problem-solving flexibility within their organisations are the ones which are more likely to come out on top. And if you’re not going to be flexible, well then watch out for the 74% of leaders who research suggests are looking to be disruptors in their own sectors. [7]

Am I asking too much? Well let’s take a moment to look at Cisco and their drive towards transformational leadership. [8] I strongly recommend that you take time to study the Cisco article in full; but briefly, Cisco’s journey started by listening to their people aka ‘Empathy’. What they heard was that employees wanted to be more fluid and agile to innovate freely, to move to different projects easily and to continue to learn and build their skills. Delivering this ideal set team leaders at the heart of transformation; learning how to lead and communicate with transparency and authenticity as well as to connect the work of their teams to strategy and outcomes. As a result, for Cisco the ‘future of work’ is actually happening now through their investment in employees, teams, and leaders.

Transforming our approach to leadership in order to deliver ongoing innovation cannot and must not be seen as an isolated leadership exercise. Transformational leadership is as much about the partnership with employees as with the leadership style itself. Failure to acknowledge this will result in the sort of disconnect evidenced by a Capgemini survey which included such highlights as 85% of leaders believing that they easily collaborate across functions and business units, yet only 41% of employees agreed.

Innovation isn’t a game with strict rules and it isn’t something which you can pin down and micro-manage. Rather, innovation is a game-changing ongoing transformational process which can deliver excellence for the customer and long-term success for the organisation. As R. Buckminster Fuller said, “You never change things by fighting the existing reality. To change something, build a new model that makes the existing model obsolete.”

So, if you are a leader, my question to you is simple. If you want to build a culture of innovation, are you ready to embrace transformational leadership? If not, you could just be the biggest barrier to shaping the future of your organisation.

This article was written by Cris Beswick for The Future Shapers and previously posted on 31/07/2018.